I finished off the paperwork this week (monitoring & evaluation forms), which will be of vital importance in capturing data, not just about numbers but most importantly, comments and feedback from the 12 week pilot sessions in order for me to write a cohesive report to see if Roehampton wants their community choir and if so, how we can take it forward. 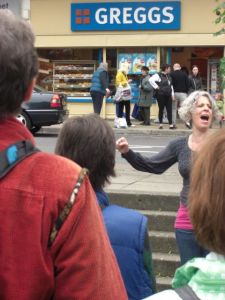 We started with 8 singers today, turning up to sing in the street for an audio advertisement! I am delighted to report however, that numbers swelled, just as I had hoped, as the street singing and workshop continued and by the end we had over 20 people singing together. 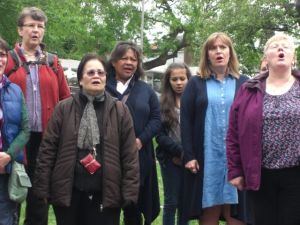 There were children dancing in the street (well at least one!), a few toots from cars, a small gathering of curious folk outside the bakers and coming to the window and balconies of flats as well as top windows of buses. A few guys who usually settle down on the steps near the library for a nice quiet drink, settled themselves as if for a concert, had a lovely time joining in with the singing and finished each song with a round of applause! People singing with us called out to friends across the street to join us, and a couple did. Christine did an amazing job with the flyers stopping people as they went past. 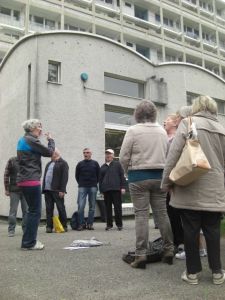 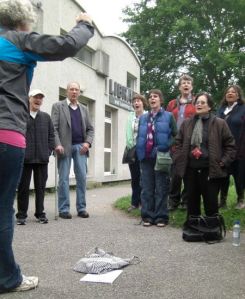 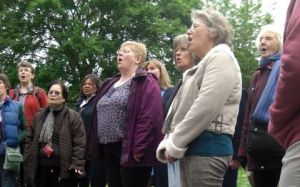 Bizarrely, both the leader of Wandsworth Council AND the local MP walked past us singing at one point and both will be getting an email from me over the next few weeks telling them all about what we were up to and why and how potentially positive a project this is.

We sang LOTS of songs (too many – I always get overexcited at these things) including Swing low, When the Saints, The Bare Necessities, Tipperary, Pack up your troubles, Summertime, Senua de Dende, Great Day, Olay Loy Loyla, Kumula Vista, John Kanaka, All will be well, Coming round the mountain and the Lion Sleeps tonight! Everyone will sleep well tonight that’s for sure and no, no lyric sheets and no accompaniment, just good old fashioned call and response a cappella! 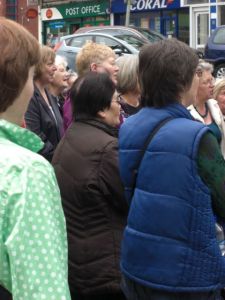 Seeing everyone gathered at Cafe Joy afterwards chatting and smiling and making new friends was an absolute delight – a disparate group of people, the majority of whom had arrived alone, were talking away with an entirely new bunch of potential friends having shared something special and unusual. Lots of hugs and waves as people headed off, promising to be back for more.

Wednesday June 5th is the start of the 6 week “evening sessions” – quite frankly I wonder if we should run them in the summer on Saturday mornings outside every week! I didn’t even hear the traffic! 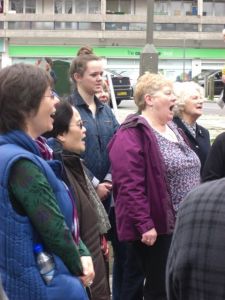